Inlean wants to maintain a transparent and constructive dialogue with its customers and partners. This section provides news and information about the company and the industry in general.

OPC UA, protocol for automation is now global standard of interoperability for Industry40 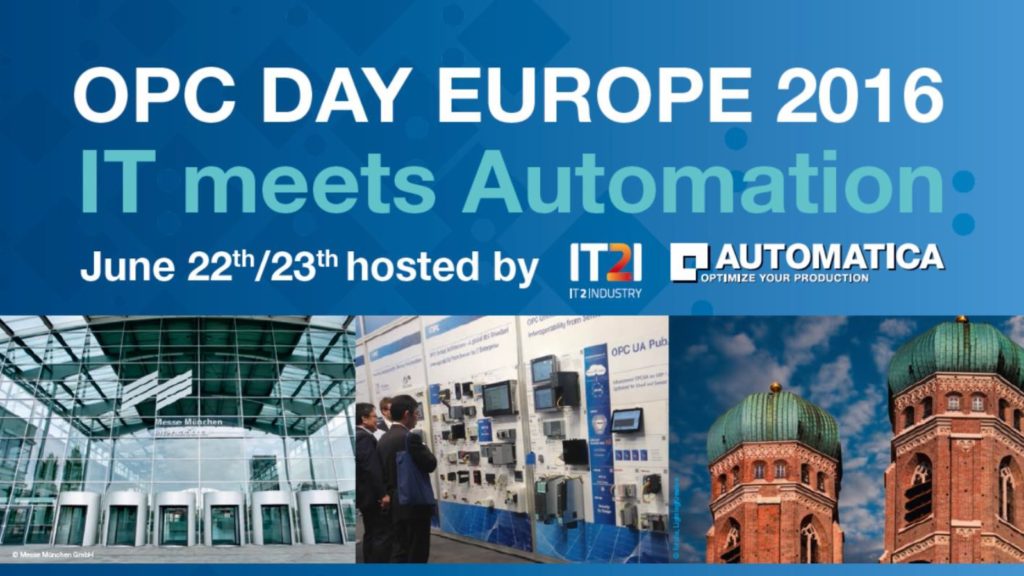 During the previous OPC Day Europe of 2015 on the site of Microsoft Corp. in Paris many news were revealed regarding the emerging OPC UA (Unified Architecture) protocol promoted by the OPC Foundation. These included three activities: completion of work on the Global Discovery Service (GDS), advancement in Publication / Subscription (Pub / Sub) mechanism specifications and TSN-based Ethernet (Time-Sensitive Networking ). For this reason, we are looking forward to the new OPC Day Europe 2016 one year later to see how it evolved within the biannual framework of the Munich Automatica Fair as part of the IT2Industry Pavilion.

You can access the complete article published in the Automática e Instrumentación Magazine nº 486 October 2016 (for registered users): http://www.automaticaeinstrumentacion.com/revista/iiot-internet-industrial-de-las-cosas-44221

About David Badia: He studied electrical engineering at ETSEIB, UPC, Barcelona. Since 1992 he has worked in ICT, industrial communications and MES solutions. Since 2012 he is a partner in INLEAN. He is a founding member in 2014 of the "Embedded Systems & IoT" Working Group of the Industry Committee 4.0 of the Engineers of Catalonia.